WACO TRAGEDY
Slaughtered like sitting ducks
Web site designed & hosted by Emily Skrisson Tack © 2007- 2010 at Homestead™
WANTED FOR MURDER
JANET RENO, AMONG OTHERS
AMERICA - WAKE UP! DON'T TELL ME THIS IS OK!
THESE PEOPLE WERE ANNIHILATED - MEN, WOMEN, AND CHILDREN - NEVER FORGET!
THIS IS GRAPHIC - BUT IT COULD HAVE BEEN YOUR SON OR YOUR DAUGHTER!
Shari or Sheri Doyle - one of those slain at WACO - no more child abuse, THERE!
and...another youngster killed at OUR GOVERNMENT'S HANDS. I SINCERELY hope God has a special, horrible place in hell, for the people in our government, who decided to make the Branch Davidians an example. They premeditated the complete slaughter of the men, women, and children there, and then LIED, LIED, and LIED - about the motives, the methods, and the murders.
Personally, I see no reason why those who perpetrated this heinous genocide, are still alive. I do not blame the men who followed orders, and attacked the Branch Davidians. I do not blame those BATF agents - they were just following orders. I do not blame the FBI, who did the best they could, with the data they had. I do not blame the newscasters, who reported the tragedy - according to the censored, edited information that was dished out to them. I do not blame the Branch Davidians for trusting David Koresh, or for not leaving the complex: their home.
I blame the inhuman, self-righteous, self-serving, smug, intrinsicly evil politicians who called for the slaughter of the innocents.
IF IT IS STILL ONLINE, VISIT THE LINK BELOW FOR THE AUTOPSY REPORTS AND PHOTOS.
Waco Museum
AMERICA - YOUR GOVERNMENT  SANCTIONED THIS SLAUGHTER, ORDERED ITS IMPLEMENTATION, AND SOLD ITS NECESSITY TO THE AMERICAN PEOPLE...
AND THE GULLIBLE AMERICA PUBLIC BOUGHT THE WHOLE BALL OF WAX!
SO, YOU STILL THINK THEY ARE LOOKING OUT "FOR YOUR SAFETY"?
THINK AGAIN!
BEFORE YOU START BLITHERING ABOUT
THE "CHILD ABUSE" THAT WAS GOING ON
THERE --- WHY DON'T YOU JUST THINK....
WHAT IS THE ULTIMATE "CHILD ABUSE"?
WHY, SHOOTING, GASSING AND BURNING THEM TO DEATH, OF COURSE!
BEFORE YOU SCREAM ABOUT THE GUNS THEY
WERE "STOCKPILING", WHY DON'T YOU
INVESTIGATE THE FACTS?
BEFORE YOU DEBATE WITH ME, ABOUT THEM BEING A CULT, WHY DON'T YOU LOOK UP THE WORD?
BEFORE YOU TELL ME THAT DAVID KORESH DESERVED TO DIE - (and why would that be, again) - WHY DON'T YOU TELL ME WHAT CRIME, DESERVING OF CAPITAL PUNISHMENT, DID HE COMMIT?
WHY DON'T YOU TURN OFF YOUR TV - TURN ON YOUR BRAIN - AND THINK ABOUT THE RAMIFICATIONS OF
WACO, RUBY RIDGE / RUBY CREEK, AND SEVERAL OTHER "SMALLER" GOVERNMENT OPERATIONS?
THINK ABOUT IT - DO YOUR OWN RESEARCH, AND WHEN YOU FIND THE TRUTH - READ IT, AND WEEP... 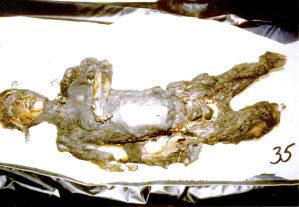 CLICK THE ABOVE PHOTO TO TAKE YOUR BLINDERS ABOUT WACO OFF!
More to come...
1